Loneliness. The word conjures up images of pensioners in one bed rooms apartments in the inner city or outlying suburbs of the innerwest. For me anyway. That's the immediate imagery.

But I think that's bullshit. Loneliness can happen to a person surrounded by people. By family. By work colleagues. Because so many layers have been built into a persona. Being what you are expected to be to so many different people on so many different levels that who you really are doesn't matter anymore. And every now and again you remember who she is and who she maybe used to be.

And you wonder whether you will ever get back there.

To who you are.

If you can remember who that was.
Posted by Lauren @AlwaysLauren at 3:50 AM No comments:

Email ThisBlogThis!Share to TwitterShare to FacebookShare to Pinterest
Labels: Loneliness

Not so OK today

It's almost uncanny that today is R U OK Day. Because today I'm not. I'm also choosing to blog on my Blogger post because I feel that I'm not ready to expose myself to those close to me by letting them know how I feel today and no-one know's about this particular site. The internet can be an anonymous place if you want it to be :) 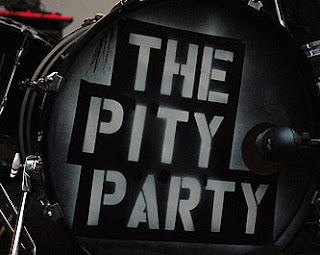 Realistically, when I compare my "bad day" to those of others experiencing famine, war and tragedy I feel quite pathetic for even allowing myself a moment of "not OK". But I'm going to indulge because chances are no-one's going to really see this anyway.


A combination yesterday of a school meeting about my child and a criticism of my latest blog post on Wordpress (which I still stand by and which resulted in action being taken after three months of nothing being done) left me feeling totally raw. I then had to go alone to a school concert feeling exposed and vulnerable and sit amongst parents with my happy face on and my socialising self present.


Prior to this I rang my mother for some tears and sympathy and whilst it was somewhat forthcoming the inevitable blame game started and it turned into ALL my fault. I pay too much attention to one child, not enough to the other, yadda yadda yadda. My return home from the concert, 12 hours after I left the house that morning, was met with less sympathy and more criticism about my mothering skills. I'm trying my best, really I am.


Truth be told I think I'm doing okay. If I had nothing else to do, no full time job, I would probably be doing better. But that's not the reality of my life. 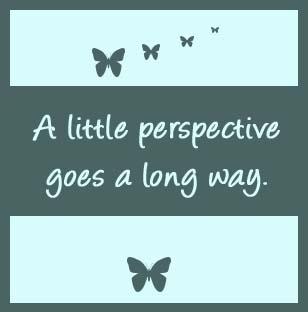 The one light at the end of the tunnel yesterday came from a very old friend whom I told that I was worried about the school meeting prior to going. It was his simple R U OK at the school concert that meant the world to me. Because I knew he cared about the answer. And didn't judge me when I said NO. He just said Sorry. A small five letter word. Sorry. Thank you Brian, it meant everything to me last night.

And today I added a little sugar to my afternoon with some petit fours which soothed my tummy and my soul because I know that to taste that good they had to be baked with love. 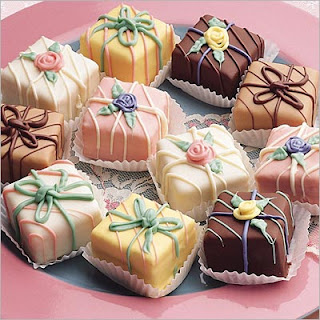 Email ThisBlogThis!Share to TwitterShare to FacebookShare to Pinterest
Labels: R U OK day

CYA - A Strategy for Everyone!

I work in a very political place.  And before you start yeah yeahing from your cheap seats in the back there (like where aren’t there politics?), know that my place can be particularly challenging.  While I could say that today was one such day, it really began yesterday.
When a meeting in a boardroom degenerates into a he said/she said type scenario with the hired help caught inbetween, you know what follows will be a “shitstorm” of note.
And together with the delightful rain here in Sydney (is it really going to last for 24 days Tim Bailey?????) I got caught bang in the middle of the two with not an umbrella or drizabone in sight.
As a PR person, I know more than most the value of a cya strategy – on EVERYTHING.  Important discussions are documented, untrustworthy discussions are documented, documents are documented and so on and so on.  As long as you aren’t using a forest in Brazil to do it (bless the laptop – all hail) everyone is happy and your arse is covered.  But that’s only if everyone plays the game.
Empires have crumbled over less so if you take nothing else away from this post today let it be that regardless of the digital age or your position of authority or perceived position of authority – COVER YOUR ARSE.  It’s going to save everyone a lot of aggravation.
Now pass me the toilet paper. 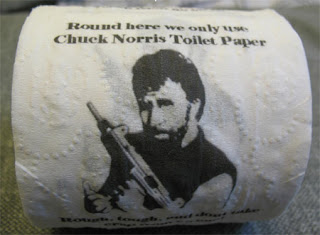 Posted by Lauren @AlwaysLauren at 3:10 AM 4 comments:

This is your very standard and classic story of misunderstanding between the planets of Venus and Mars.
It’s the party season.  Invitations to Christmas celebrations are rampant.  Particularly when you’re the people’s favourite accountant.  The accountant in question was indeed invited to one such event that was to be followed by a night of bar-hopping and carousing in the city.  As you do when 47 and married with two children.
The long-suffering partner (LSP) of said accountant gave permission willingly – seeing this as an opportunity to escape the ball and chain that is the oven/stove and joyfully informed co-workers about the plan to “fish and chips” the kids while “Thai’ing” herself out.
At the Friday arvo tennis lesson LSP was informed of a change of plan.  The accountant can’t be bothered to attend the party.  Strange?  Extraordinary?  Hmmmmm.
To cut a really long story short, on interrogation it was established that when the LSP said “we’ll get thai”, the accountant heard – “be home at 7.30”?  I get that his industry is a numbers game but does anyone, anyone, have a rational explanation?
No, I didn’t think so.
Posted by Lauren @AlwaysLauren at 7:34 PM No comments:

A reason, a season, a lifetime

From early on, I’ve been the type of person that collects “pet projects”.  We all know what those are – people who seem to sit on the fringes.  Who are not wholly accepted or who stand out (and not necessarily in a good way).  My inner circle have suffered through many of my undertakings, few of which have been successful.
I’m also the kind of person that struggles to let people go.  The advent of Facebook has nurtured this need - allowing me to connect with people I’ve sought for years – wondering about their lives and how it all turned out.  However, I digress.
I came across a poem, a reason, a season, a lifetime, detailing why people come into our lives.  Referring to a reason, it said that sometimes once this person (the reason) has served their purpose and without any wrongdoing on your part they will say and do something to bring the relationship to an end.  Sometimes they die, walk away or act up and force you to take a stand.
A few months ago, I was forced to take a stand.  On reflection I guess the universe had been pointing this out for a while.  There had been ongoing incidents that I’d forgiven, even forgotten.  However, on the morning of Wednesday 23 June the reason left me no choice.  It was devastating to me, a punch in the chest that left me gasping for air.  Similar to someone dying.  And I guess in a way someone did.  The reason, despite being a “project”, had also played a major role in my life.  As a mentor and friend.  Perhaps on the back of an emigration I was holding people closer than usual and placing undue dependence on the new relationships I had formed personally and professionally.
If I was to say that six months down the line I wasn’t still angry and hurt.  That would be a lie.  But, to say I don’t miss my friend would be a lie too.  To conclude, the poem talks about seasonal and then lifetime relationships concluding that love is blind but friendship is clairvoyant.  I love this last bit.
Letting go has been really hard but a necessary next step in the journey that will no doubt still bring many different people and relationships into my life.  And I guess it’s the hope that there will be many lifetimers joining us along the way that make the reason’s and season’s worthwhile.
Posted by Lauren @AlwaysLauren at 3:10 AM 1 comment:

Lauren @AlwaysLauren
Sydney, Australia
Life as Lauren isn't always simple. The colour black is simple. I wear it often and it centres me. That is all (for now) Love and light xx

Those that make me laugh and cry